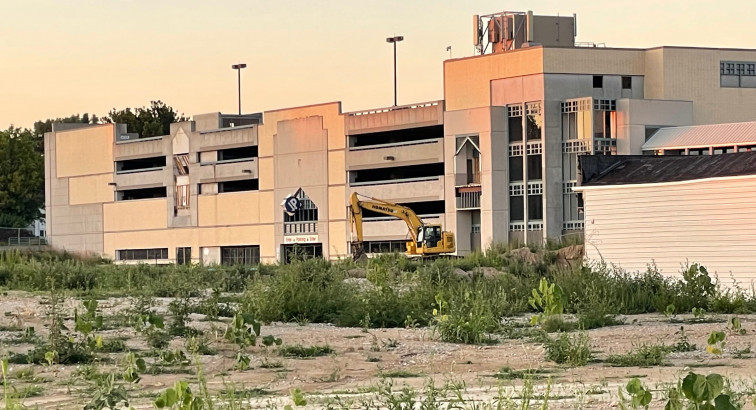 It's been a long time coming, but Crossroads Mall is about to get a much-needed facelift. Lockwood Development recently announced they plan to begin construction within the next year and are working closely with the city of Omaha behind the scenes. The redevelopment of Crossroads Mall has been in the works for years, and it looks like it's finally going to happen! This is great news for Omaha and the state of Nebraska, as it will create hundreds of jobs and bring new life to an area that is sorely in need of it.

Lockwood Development is aiming for fences with retail, office space, and entertainment. Additionally, over 600 apartment and senior living units will be added.

What Will the New Development Be Called?

As the sun sets on the former Crossroads Mall, it let's left many in the Omaha community wondering what the new development will be called.

The Crossroads. Yes, it's really that simple.

All roads in Omaha, as they have been for the last fifty years, lead to and from The Crossroads. Throughout history, communities have linked where roads crossed and people interacted.

The Crossroads isn't simply a geographical location. It's where the community comes together: people cross paths and interact to establish new relationships.

This initiative brings the most important asset in Omaha, the people, together with local transportation, educational institutions, health care, retail, and other industries. It is uniquely positioned at the center of all these areas in the heart of the Omaha metro area.

How Large is This Development

The Crossroads development, when finished, will cover approximately 40 acres. For you Nebraskans, that's a quarter of a quarter section or about 30 Husker football fields.

The Crossroads is in the early phases of working with local partners to finalize building specifications for each property, so the first sizes given below are approximations that may vary depending on each customer's requirements.

Here’s what you should initially expect to see at The Crossroads development in Omaha:

The Crossroads will not be built in phases, as has been previously reported. Rather, the building will be erected piece by piece and will come to life over several years. Many community members have inquired about Target's future involvement in the project. Target owns its current location and would remain in place. Lockwood Development values Target's long-term commitment to the community corner.

Click here to see renderings of The Crossroads in Omaha.

The Crossroads are still working with a dense, vertical site and most of its public spaces will reflect its urban environment. Lockwood Development is working on incorporating a variety of outdoor areas that will include:

Lockwood Development may have a few surprises, too. A "Peonies Park" is rumored to be in the plans. A generation of Omahans — and newcomers — likely are unaware that the city’s major amusement spot from the 1930s through the park’s closure in 1994 was at the nearby intersection of 78th and Cass Streets. Lockwood is doing its part to honor the past while helping take the development in a new direction.

Lockwood Development believes right now is the time to start The Crossroads redevelopment project. Omaha has an active and stable economy and has been and will continue to be a business-friendly, dynamic city for its industries and citizens alike.

This is a wonderful, urban-infill project that takes full advantage of the existing infrastructure development in the 72nd and Dodge corridor.

The Crossroads redevelopment will have a positive impact on nearby Omaha neighborhoods like Fairacres, UNO, & Aksarben.

How Long Will The Development Take

Now that the demolition of the former Crossroads Mall had been completed, officials at Lockwood Development believe the development and construction phases to be completed in 2024, 2025.

The 72nd and Dodge Street intersection is still a busy one. Although the numbers have declined in recent years in part to the failing Crossroads Mall, it still ranks as one of the busiest intersections in the state of Nebraska with vehicle totals surpassing 75,000 cars per day.

This is a key junction for the city of Omaha, as well as The Crossroads revitalization project. The iconic Crossroads marquee has been a prominent market in the Omaha community for years. Although Lockwood Development hasn't announced the plans for this sign, Omahans should expect they will do something on that corner that symbolizes its importance.

The Crossroads is not your typical development. This is a destination, one that will bring people together from all over Nebraska and the surrounding states to shop, live, work, and play.

We can't wait to see The Crossroads come to life. Stay tuned for more updates as the project progresses!

What are your thoughts on The Crossroads? Let us know in the comments below!